You are using an out of date browser. It may not display this or other websites correctly.
You should upgrade or use an alternative browser.
K

It's been a little sloooow on this forum so maybe this thread will liven it up.
Over the years, my car hobby got carried away a bit. I had always planned on selling/downsizing after I retired. Well, I've been retired over 6 years. I've done a little downsizing but not much. The demand for Olds cars/parts has decreased and cash money is scares at least in N.E.Ohio. My Daughter "the Attorney" suggests I should get rid of some of my "stuff" jokingly but ????
Unfortunately I've lost a lot of my pictures of my cars. One car sold was a 1974 Monte Carlo (I had bought one new) 406 four bolt mains, aftermarket iron heads, Rossler transmission, 3:42 posi. It was plumbed for NOS, used once, broke the transmission. Then Carl Rossler built a 350 Turbo for it. Never tried it again. 40K miles body, broke even on the money, labor free.
Next car was a winter ride to the steel mill I worked at. 1975 Jeep Wagoner, rebuilt 360, ran good, a real tank, the weather never stopped it. I made a couple of bucks on it.
Next car (1971 Delta Royale convertible) was sitting outside for some years with dogs living underneath on it. Thankfully it was on concrete. I cleaned dog hair for the undercarriage for years. I re-did the engine, body, top &interior, pretty much the usual money pit. I drove this car the most since back in the days they were every day drivers. I've always liked convertibles and I only sold this car about 15 months ago to motivate me to getting a project 1967 442 convertible done, maybe I'll get it ready for spring, I hope.
Next car I sold this spring was a 1972 Supreme. I wrote the story in another thread about this 18 years project.
I never "lost" actual money but I did lose value on my labor. Because of my car hauler and flashing cash I've bought my cars very reasonable. I always jokingly say, "you make the money when you buy the car." 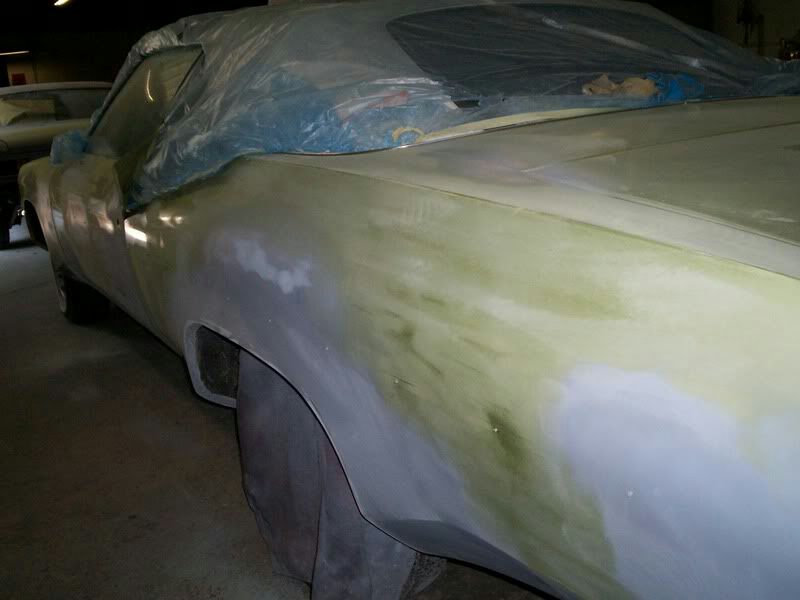 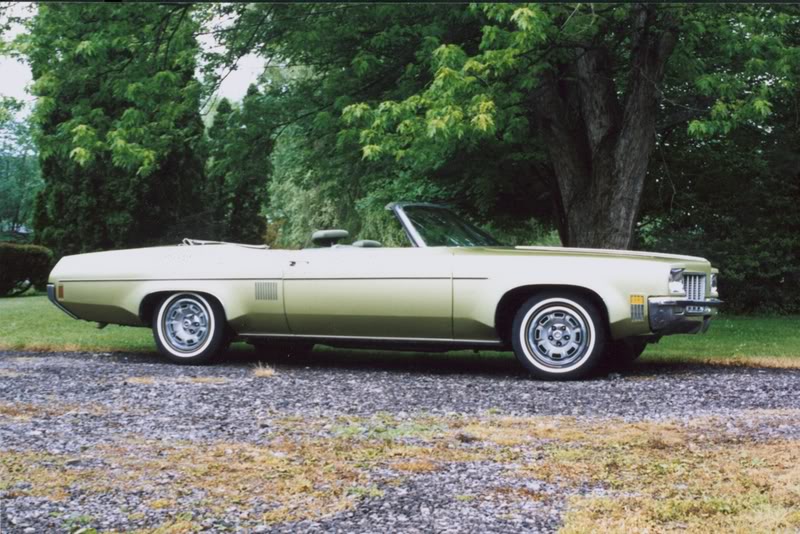 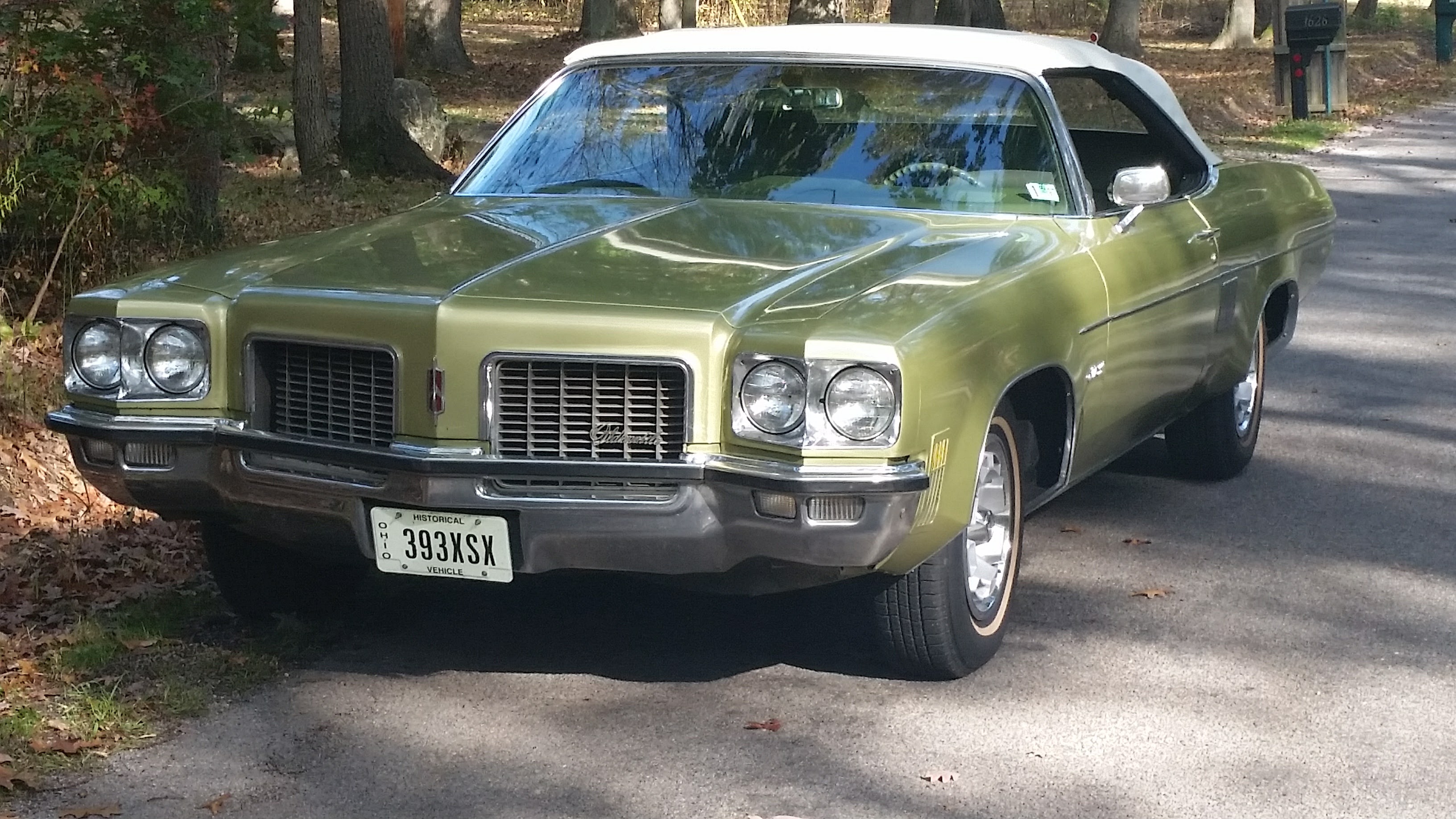 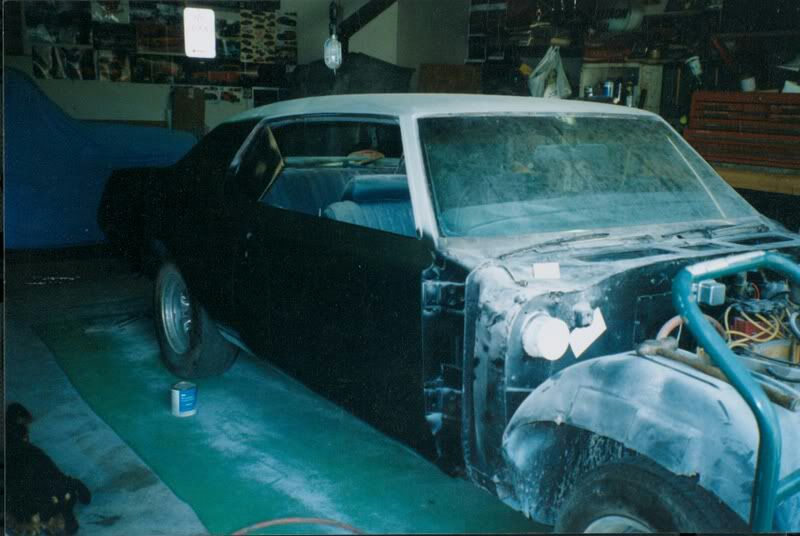 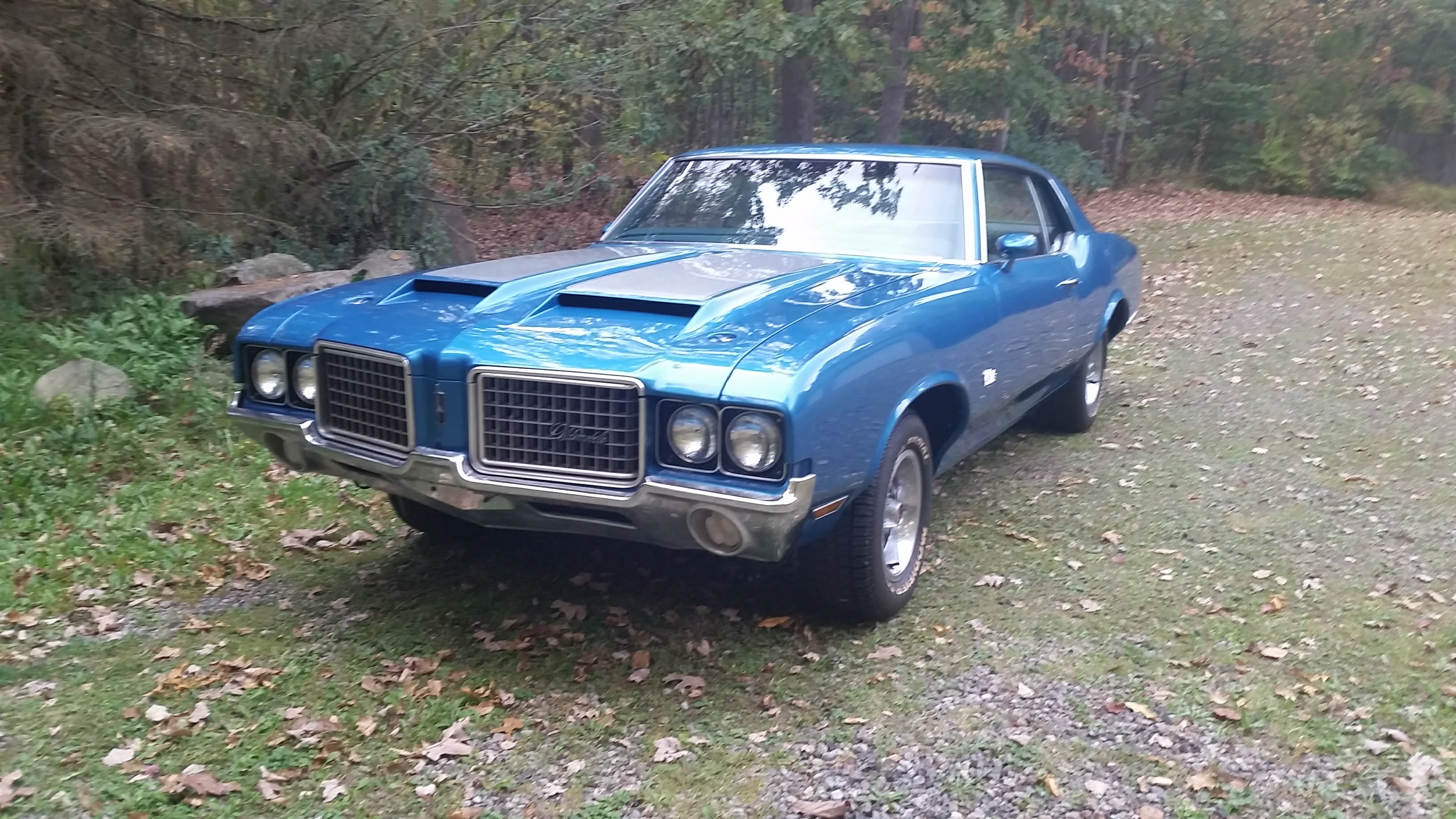 Don't know if this post almost five months later constitutes "livening it up" here, but here it is anyway. I bought my first Oldsmobile in 1995, it was a ten year old Toronado. It was a great car, and I have a lot of fond memories of it, but I didn't keep it for very long. I think it needed axles or something. Ended up doubling my money on it anyway. Don't have any pictures of that one.

In 1996 I bought a brand new F-body, but that was too nice to drive, so I also bought a used F-body that was a couple years old, so I could drive one. It was ALSO too nice to drive though ha ha, so I stored both of them and bought an '84 Delta 88 sedan. Strangely, that was such a nice, comfortable, reliable car, that the Olds bug stuck. I only kept the Delta 88 for a few years, but it will go down as one of my more memorable cars, 307, 4-doors and all. 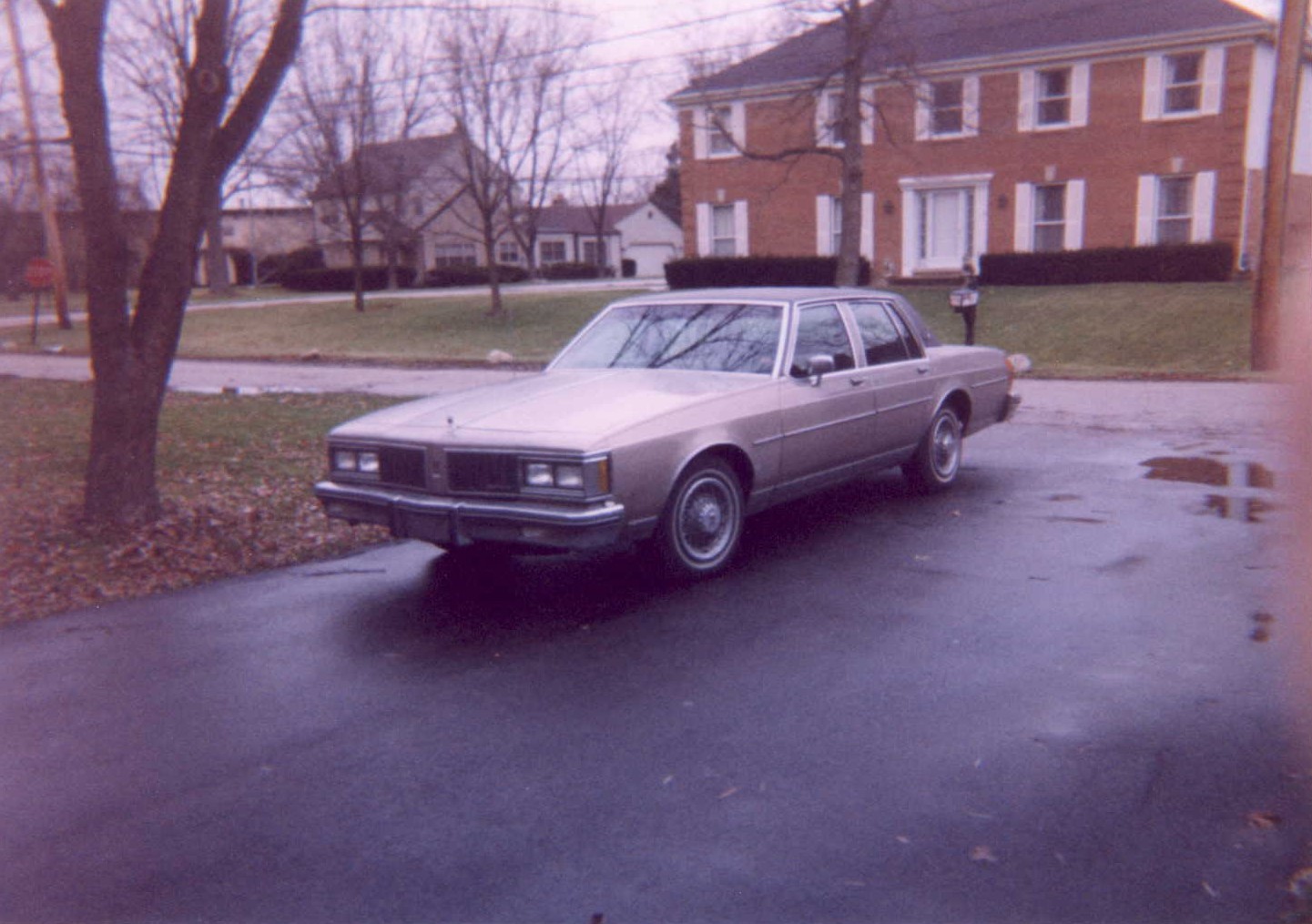 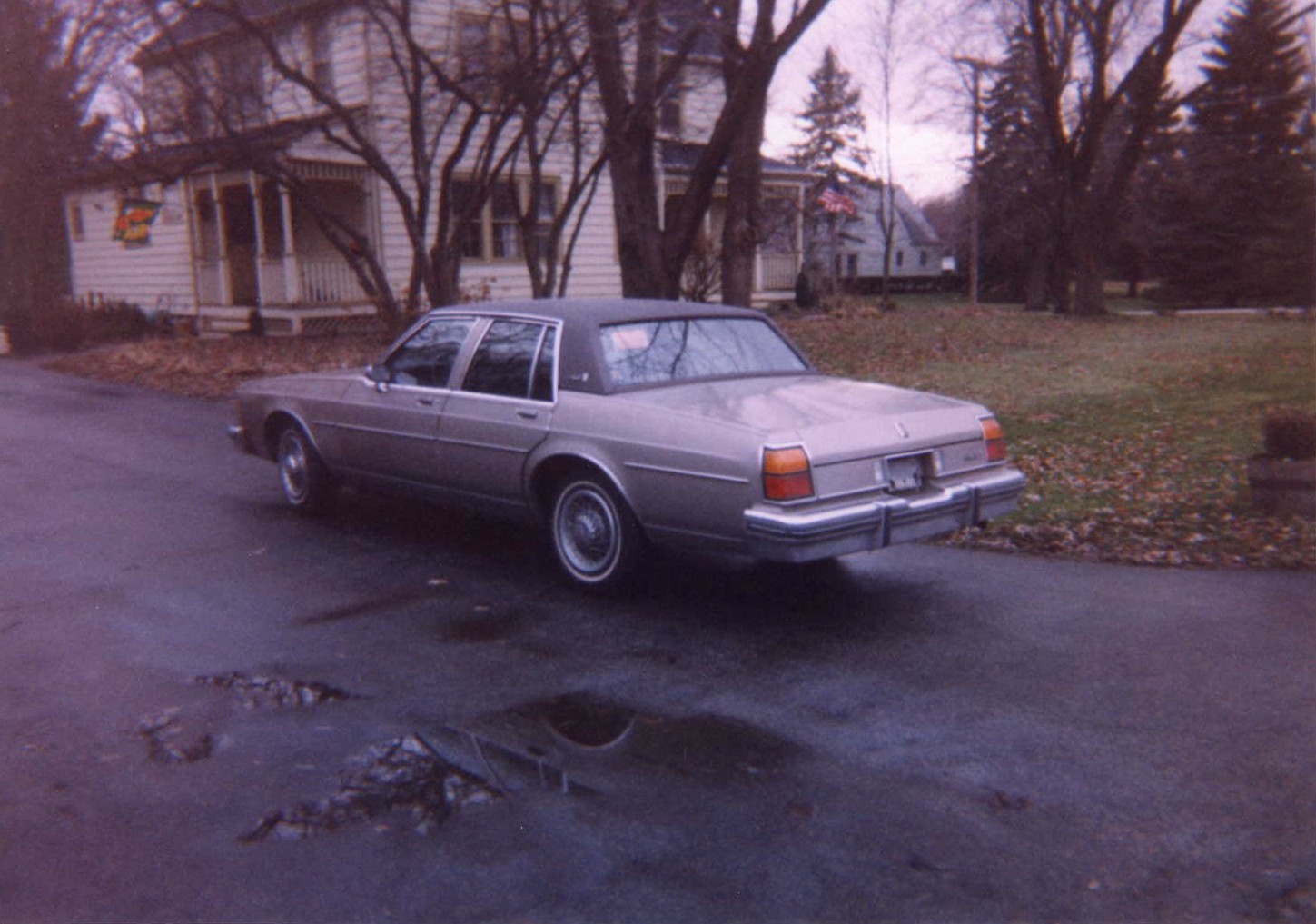 And since this is a conversation starter of a thread, I might as well post a couple pictures of my most recent sale. 1974 'Cuda. I bought this car in 1988, and moved it from storage spot to storage spot, until I could afford to get the body and engine work done. I did throw a 440 in it in the early '90s, more to store the engine, but it physically fit, so I decided to hook it up. Ended up building it as a '74 440 Six BBL "what if?" car. Did everything but the body and paint, engine, and trans myself. When I was done, it was pretty close to perfect, and I just couldn't bring myself to drive it. Because it was a MoPar E-body, I was able to get all of my investment out, except for my labor, as you mentioned. 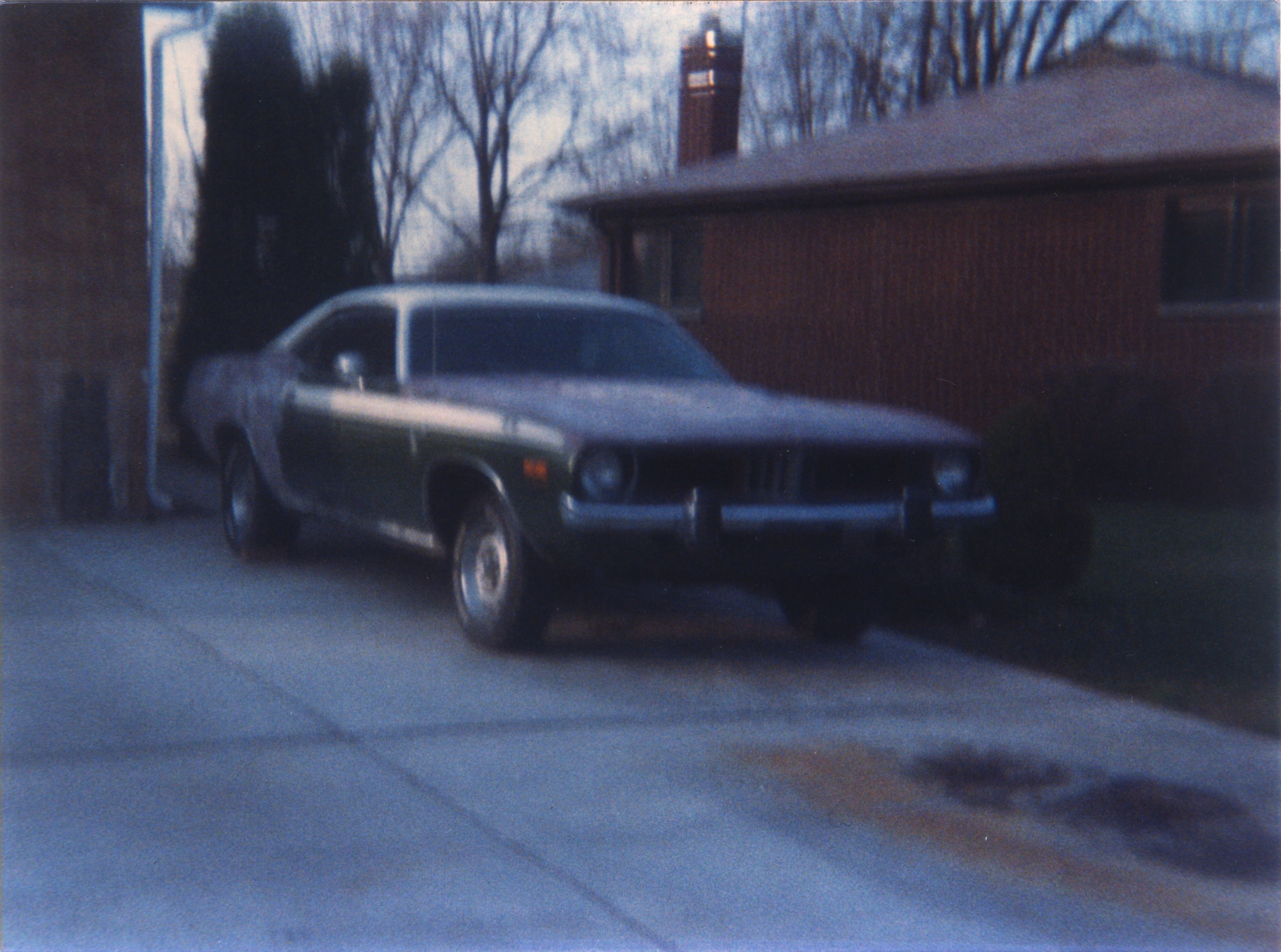 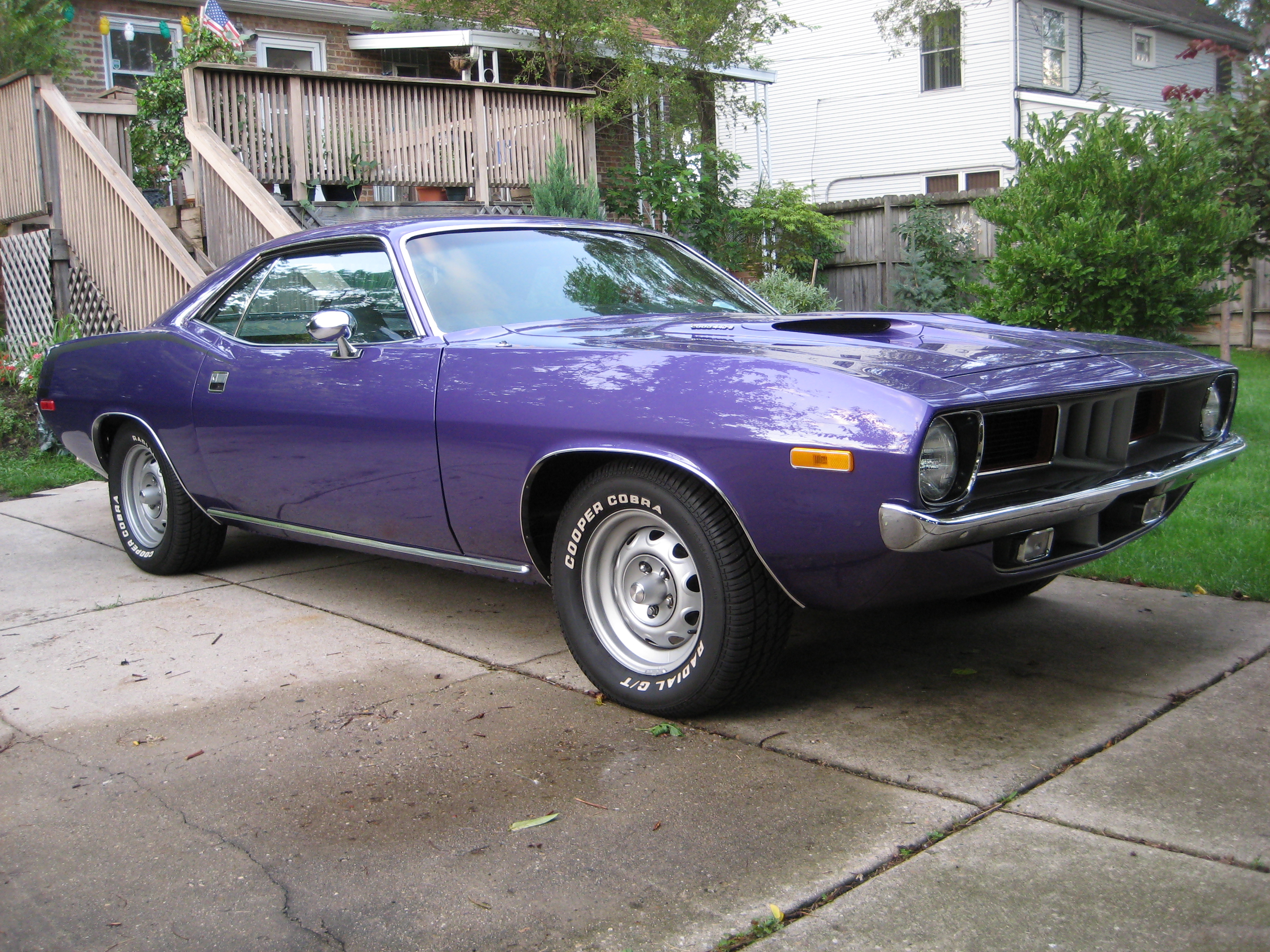 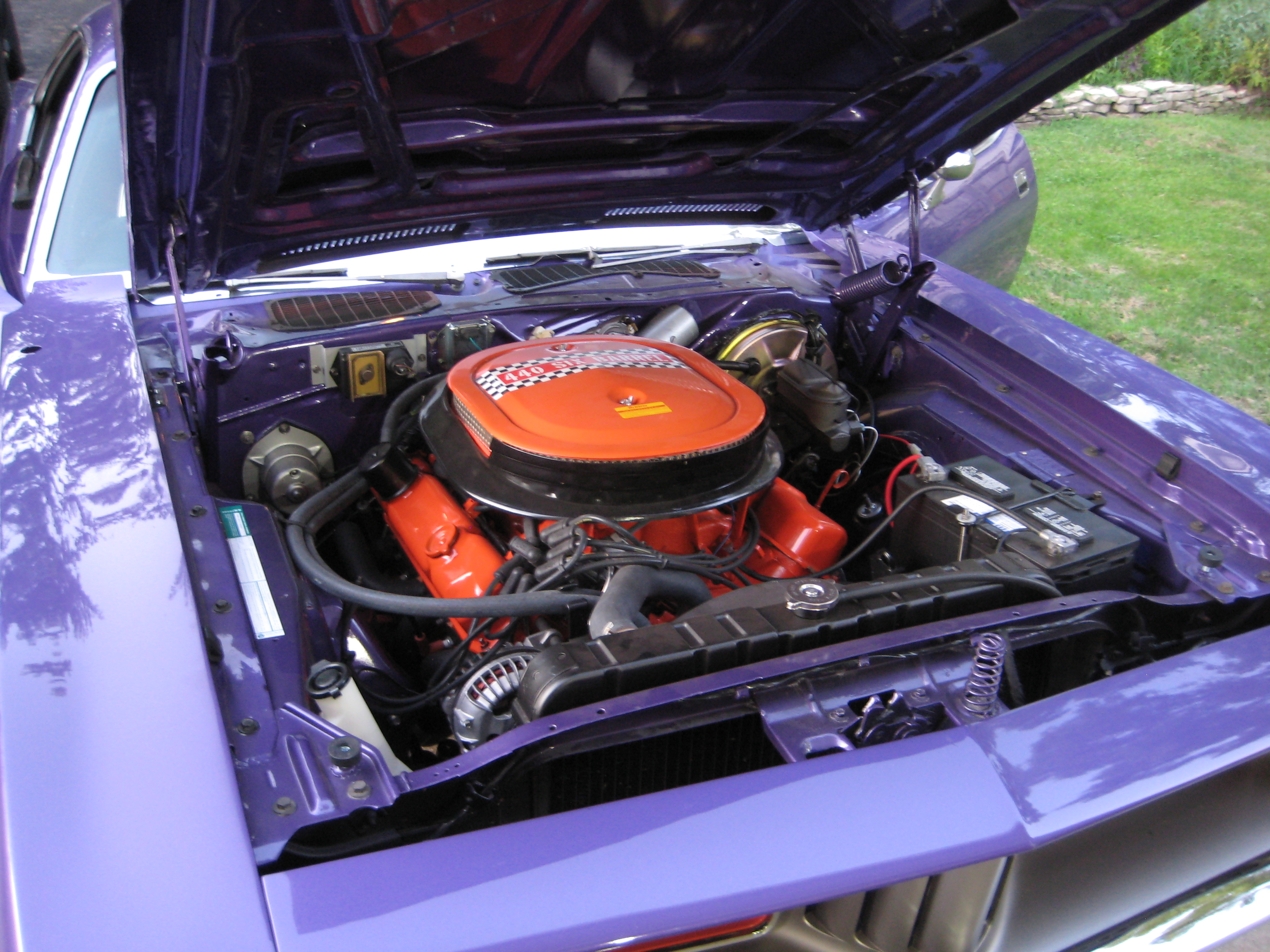 Your Cuda is beautiful. On one hand it's a keeper but on the other hand, each car has a special period of time and then one moves on.
I just sold another of my "Babies," as I jokingly call them. With out writing a book, it was built to beat a 1967 Cadillac Calais that a guy had at the local dragstrip. Mission accomplished. I hadn't driven the car in 2 1/2 years so dug it out of one of my storage building brought it home and spent a week cleaning and going over "her." I took it to the Alliance Oldsmobile meet car corral, one couldn't build the engine for my selling price. 461 cu in, ported, big valved, Harlen Sharpe roller rockers, Milidon oil pan, so much trick stuff. I thought someone would buy it for the engine to put into a Cutlass/442 but not one offer. A guy from Cleveland wanted a 1975 Delta convertible top assembly I was selling. I purposely had the garage door opened in the bay where "Money Maker" was. (Named that because, 3 times to the Dragstrip, 3 times in the money) I told my Lady friend, "I was baiting the trap."
Guys showed up, I had the top assembly on the trunk of the 1975 Royale I was parting out. As I was just saying hello to him, the other fellow said, Man, what's in that garage? I told him, a 1967 98. He says, can I look at it? Sure, says I. As I returned to talking about the assembly to the first guy. I hear the second guy holler, "Damn, Joe come here!" We both go into the building. First question the guy says, is it for sale. My standard answer is, "everything's for sale." Next question, how much, I throw out a price. He says, is that all?? I say, if you want to give me more I'll take it. Sold. The terms, I held the car one week, he brought, a third, 2 weeks later another third, two weeks later the last third. I was happy, he was happy. Win/win.
This gets better, they asked what's in that other building. Oh, just a couple toys says I but not showing or saying anymore. After the final payment and my Notary Lady left, I said, do you want to look in that building? OMG, when they saw the Grey bookend 1967 98 in the building, they wanted to buy it also. I didn't sell. It has a perfect 1967 400 E block in it (long story) that I need for one of my 1967 442's. The guy calls me every few weeks to let me know he wants the Grey car. 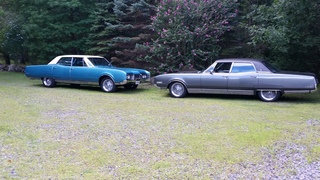 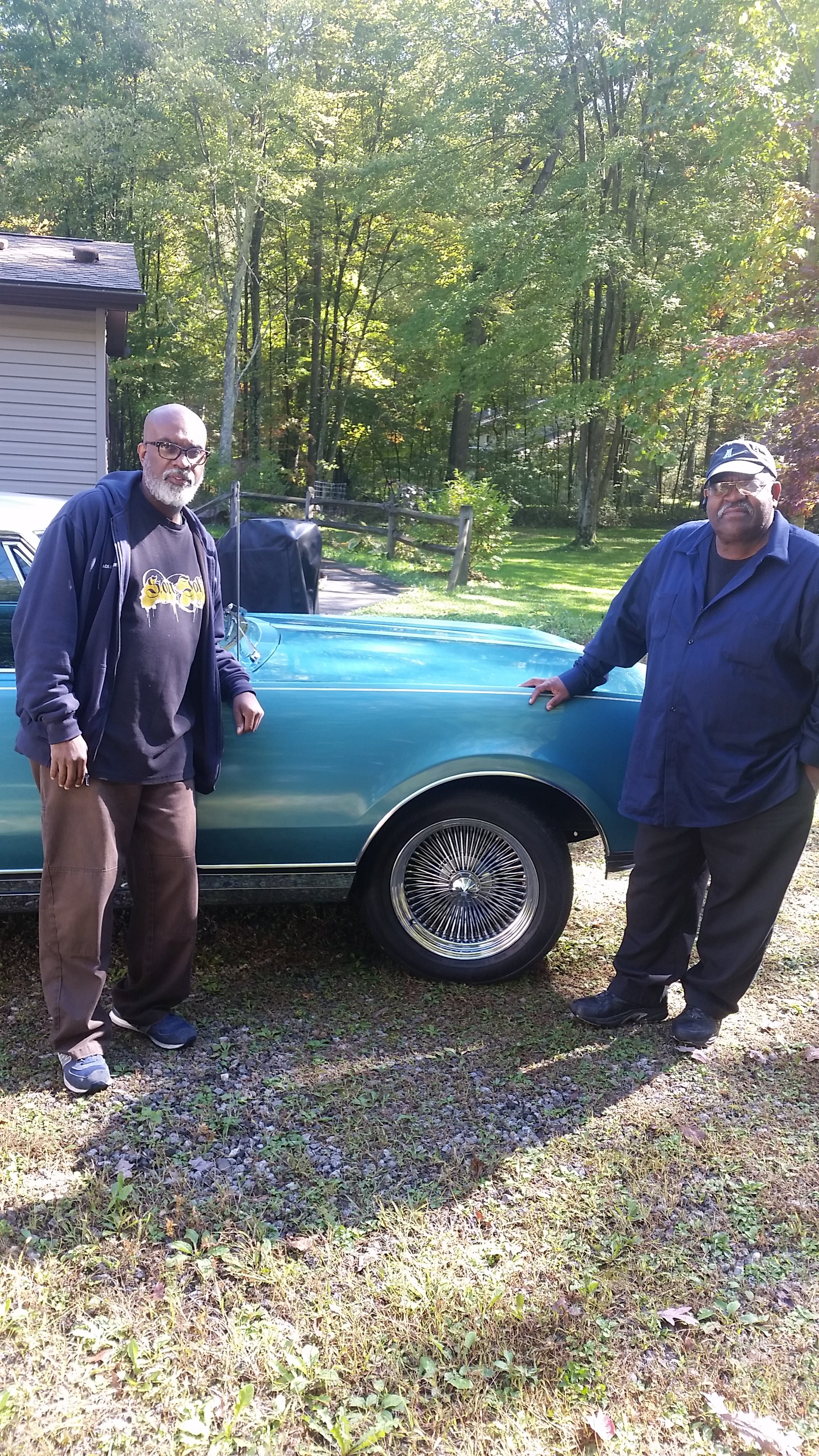 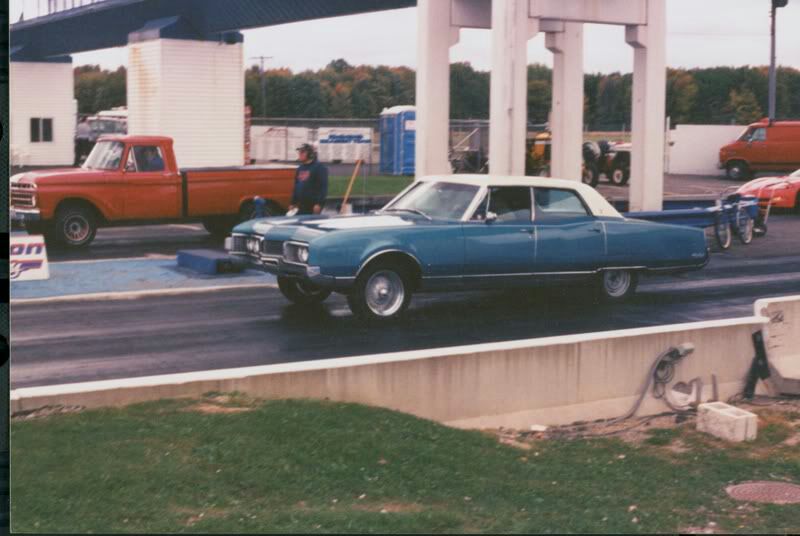 Actually the picture has the new Owner and his Brother-in-law. The taller guy also wants my Grey 1967.
K

Cool story, and nice that you got to sell one and keep one. As far as the "keeper" concept, I've gotten to the point where if I don't drive a car enough, I sort of lose my bond with it, and then it's time for it to go. This is especially true if it's pristine and worth a bunch of money. I prefer cheap cars with scratches and dents that I don't have to worry about.
Toggle signature
--
Mike
1983 Cutlass Supreme, 1970 Olds 455, TH350, 3.42 8.5" 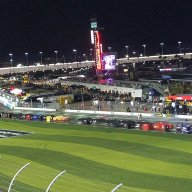